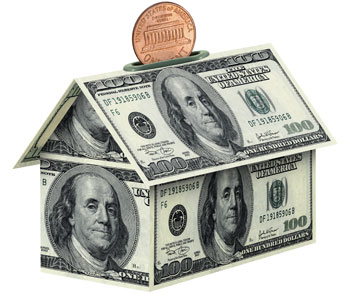 CHOOSING THE RIGHT CONTRACTOR
When a homeowner decides to remodel, selecting the right contractor is just as important as the choices they will make for the remodeling itself. Too often homeowners will choose a contractor based on the lowest price. While this is understandable, what is hidden is that in order to quote you a low price, the contracting company typically will use not so qualified, low level laborers who work cheap and are not licensed to do some of the services. This practice is common with the larger contractors because their high overhead structure requires them to get the job done as inexpensively as possible in order to make their profit margin. In other instances, homeowners may choose to use a handyman who similarly is under-qualified or not properly licensed for all the work required. Almost always, these choices will lead to problems down the road and cost substantially more money to correct them.

When you entrust Anderson Contracting with your project, we always take the correct measures to do the job right with the quality, trouble-free service you expect. Our professionals are certified members of NARI (National Association of Remodeling Industry). Our Principals work on your job site for Quality Control and are accessible to you at all times. Our workers are licensed and highly skilled in their areas of specialty and have been with the company for many years. We follow all building codes and manufacturers’ specifications for safety and cost-efficiencies. And our long-standing relationships with suppliers, assures that we get you the best prices for materials.

Case History: Re-Install A Roof Because Contractor Used The Wrong Materials
This Colonial house featured only a slight roof pitch. The contractor who installed the roof covered it with standard shingles, which are not the right material for this roof’s pitch because they are not waterproof. As a result, rather than roll off, water from rain and snow seeped through the shingles causing substantial leaks. Anderson Contracting corrected the problem by re-installing a material more suitable to the flatness of this roof which prevented sitting water from leaking through. Additionally, we knew to inspect and replace the worn flashing material that goes underneath the siding on the house to further prevent leakage.

Case History: Remodel A New Bathroom Because Contractor Overlooked The Waste Lines
A contractor who remodeled a bathroom to modernize and beautify its appearance didn’t replace the old waste lines as well. As with many older homes on Long Island that used galvanized material, they developed a “hardening of the arteries” condition over time and the water did not drain. Anderson Contracting corrected the problem by replacing the waste lines with new PVC material, but unfortunately at the expense of having to tear apart much of the new bathroom. The bathroom had to be remodeled again and it was a costly experience for the homeowner.

Case History: Re-Install A New Kitchen Because Contractor Used Inferior Lumber
A contractor used a lesser grade of lumber than what should have been installed behind the walls when remodeling a kitchen. The wood warped causing the cabinets, countertop and backsplash to move from their positions. Anderson Contracting fixed the problem by installing a higher grade of wood studs, but it was a costly solution because of all the labor required to remove the cabinets and appliances, and then re-install them.

Case History: Re-Install A Ceramic Floor Wrongly Placed Onto An Old Wood Sub-Floor
A contractor installed ceramic tile directly over the underlying old wood sub-floor simply by gluing down the tiles. As wood dries with age, it tends to warp and also flexes when weight is applied. By not properly putting a layer of concrete between the wood and tile covering to provide a stable base, the old wood caused the tiles to crack. Anderson Contracting was called in to access the damage. When the homeowner learned that the bathroom had to be taken apart to repair it properly, they chose to live with the problem of creaking tiles rather than incurring a major expense.

Case History: Re-Wire A House With Overloaded Electrical Circuits
A contractor who remodeled a kitchen chose to install the high hats himself rather than use a licensed electrician. He unknowingly installed too many for the electrical wiring to safely accommodate. This caused the wires to over heat, putting the house at risk for a fire. Anderson Contracting corrected the problem by installing additional wire circuits to serve the kitchen’s lighting and appliances. Additionally, we prepared a detailed schedule of all electrical outlets and appliances to insure that ample electric power was available to them.

Case History: Install Proper Device To Correct Sewage Backup In Basement Bathroom
A contractor, like many other contractors, while installing a new bathroom in the basement did not follow a good practice to also install a back flow protector device to prevent possible sewage backup. Consequently, sewage did back-up into the bathtub and throughout the basement. It’s best to include this device in below ground bathrooms, as well as an ejector pump, which is required by the code. The pump installed below the nearest available sewer or septic line lifts waste to the level of the main drain so it can be discharged properly. Unfortunately, many contractors will just rely on gravity alone to handle this as with above ground bathrooms. Anderson Contracting installed the proper devices to avoid sewage backup from happening again.

Case History: Re-Install A Bay Window Because Of Insufficient Support Brackets
A contractor replaced a conventional size window with a much larger bay window. Rather than install the steel cables and turnbuckles required to support the extra weight, he chose to use decorative support brackets under the window instead. Not long after the installation, the window began to settle and buckle and could not be opened. Anderson Contracting was called in and we had to re-install a new bay window.

Case History: Repaired A Water-Damaged Basement That Could Have Been Avoided
A contractor when installing a floor in the basement placed metal sill plates directly onto the underlying concrete floor. By not properly raising the plates with wood studs to create some space from the concrete floor, water overflow from the washing machine seeped through the flooring and just sat in between the two layers causing a serious mold problem. Additionally, because the sheetrock was installed all the way to the floor, it too became wet and damaged. Anderson Contracting corrected the mold problem because we are mold remediation experts, and installed new sheetrock inches from the floor and used a removable molding at the bottom should there be future mold problems to get at caused by water damage.

Case History: Install Proper Structural Support In Basement After Column Was Removed
A contractor who was finishing a basement when asked by the homeowner to remove the steel support column in order to accommodate a pool table simply removed it. As a result, the horizontal support beams in the ceiling buckled. Anderson Contracting, with the help of our architect, solved the problem by designing a steel flitch plate beam that supported the load over a longer span and installed a support column further away in the room.

Case History: Re-Position A Ceiling Fan Switch Installed Too Close To The Shower
A contractor who remodeled a bathroom incorrectly installed the wall switch for the ceiling fan and light close to the shower so it can be conveniently reached while in the shower. This created a potentially life threatening situation from electrocution by touching the switch while standing in water. Anderson Contracting fixed the problem by re-installing the switch the necessary safety distance as required by the electrical code.

☆ANDERSON CONTRACTING IS RATED A+ BY THE BBB